This week we will start working in new project about bullying in schools.

We will make one session per month until the end of the project. These children have ages between 13-15 years old.

But, what do we know about bullying?

Bullying is defined as repeated behavior which is intended to hurt someone either emotionally or physically, and is often aimed at certain people because of their race, religion, gender or sexual orientation or any other aspect such as appearance or disability.

Bullying can take many forms including: 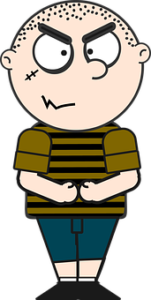 Sometimes people think that bullying and conflict are the same thing, but they aren’t. On the one hand, conflict is a part of everyday experience. We can say that conflict is a disagreement or a difference of opinion or interests between equals. On the other hand, bullying is a behavior with intention to hurt, harm or humiliate and the person targeted is not able to make it stop.

. Bullying can happen to anyone.

. Bullying is about someone’s behavior toward another person 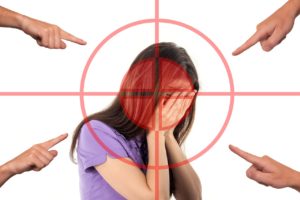 Then what does define someone who bullies?

It’s BEHAVIOR. It’s bullying when someone uses words or action to hurt or harm someone else and that person has a hard time defending themselves.

How can you help?

. Keep the lines of communication open.

. Encourage kids to do what they love.

. Teach them how to treat others with respect and kindness.

Bullying doesn’t affect just those who are bullied and those who bully; it has a huge impact on those who see the behavior. Their reaction can make a big difference.

Say NO to bullying! No one ever deserves to be bullied! 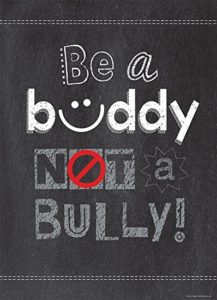